This is the low cost weight module of the Open Hive Scale. Due to the single side weighting only it is cheap but perhaps not as accurate as a scale that weights the whole hive.

More pictures in the thread System Deployed in the Wild 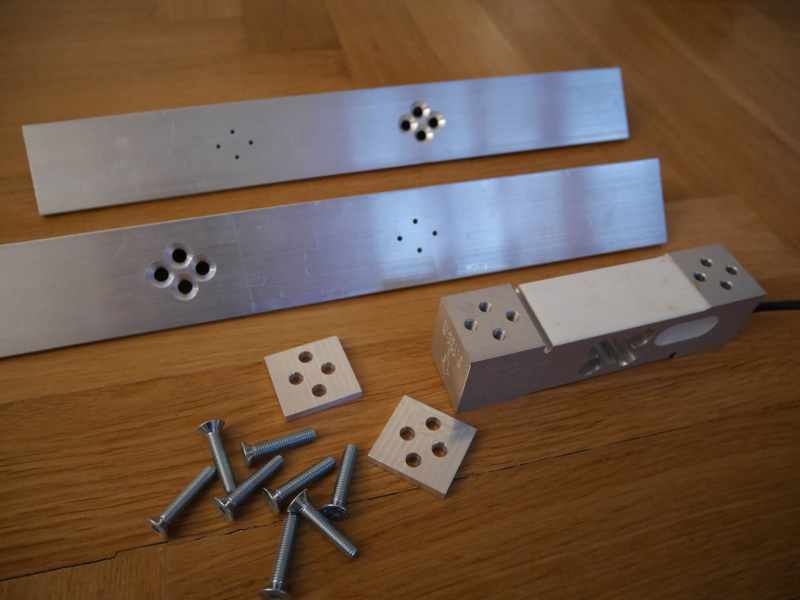 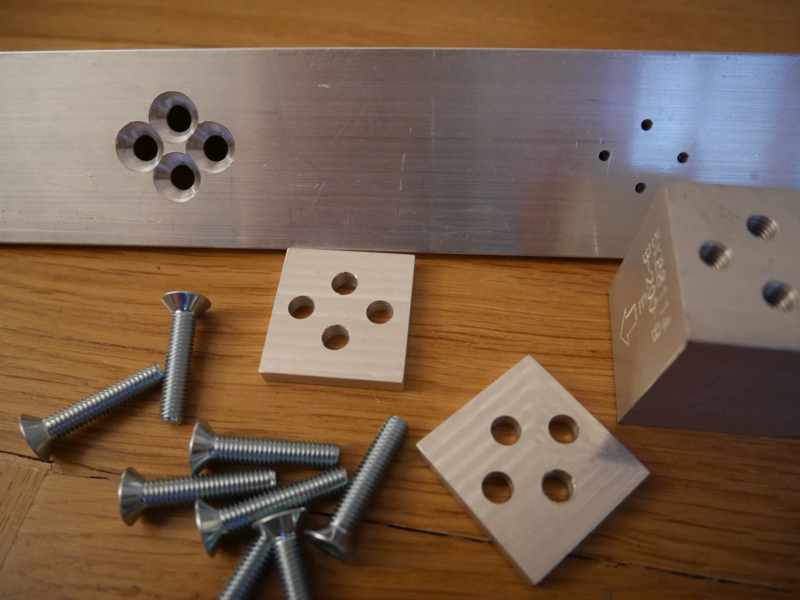 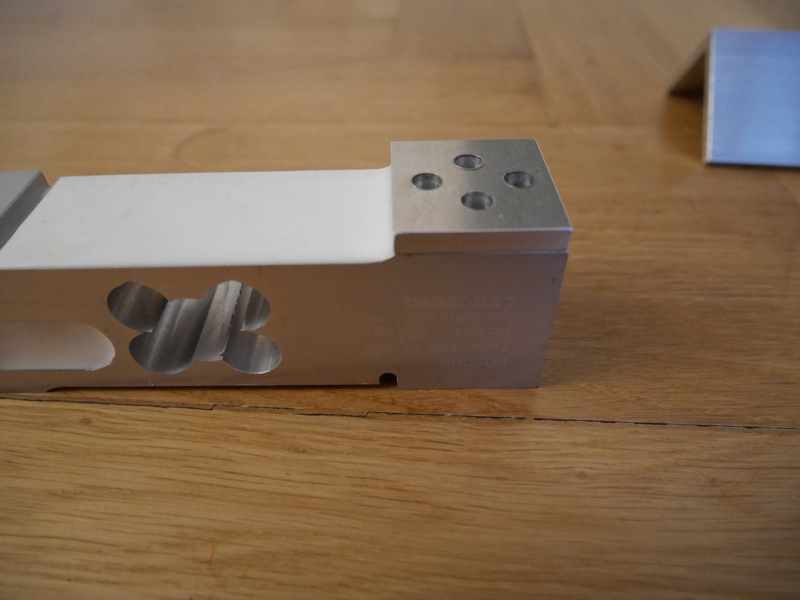 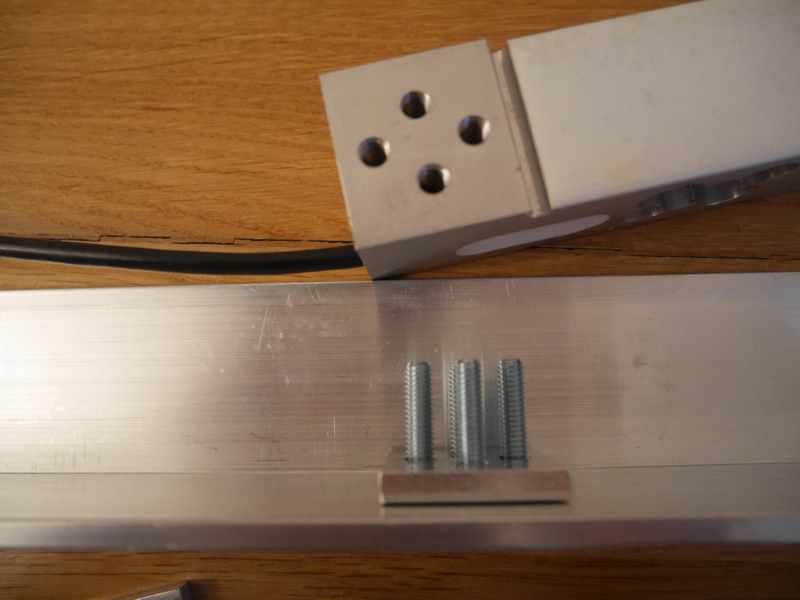 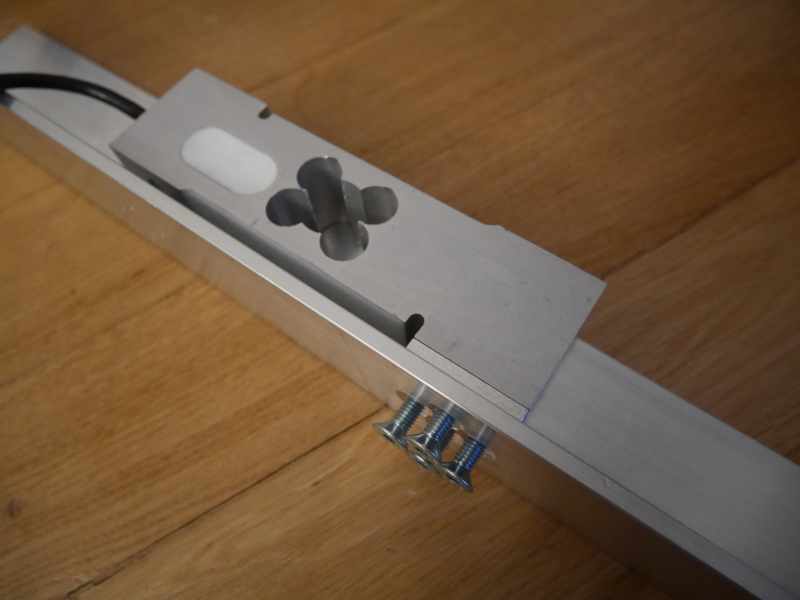 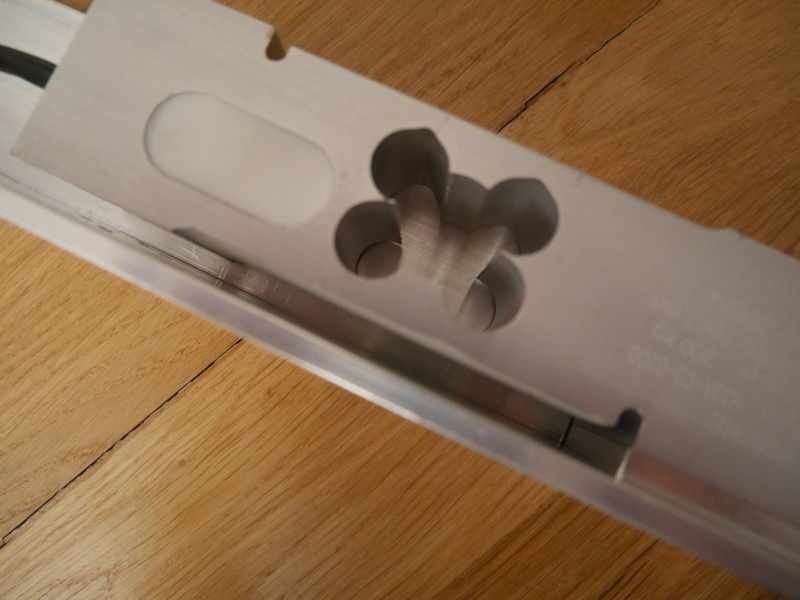 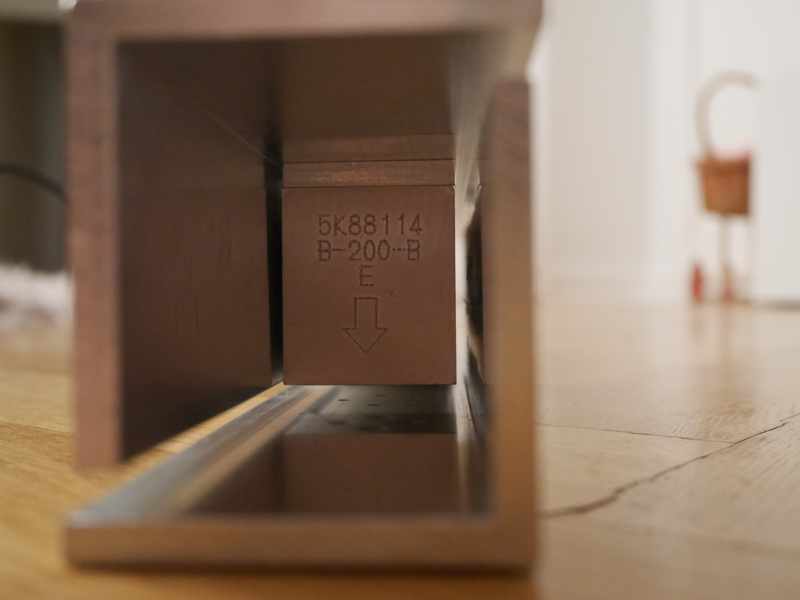 and after some practice: 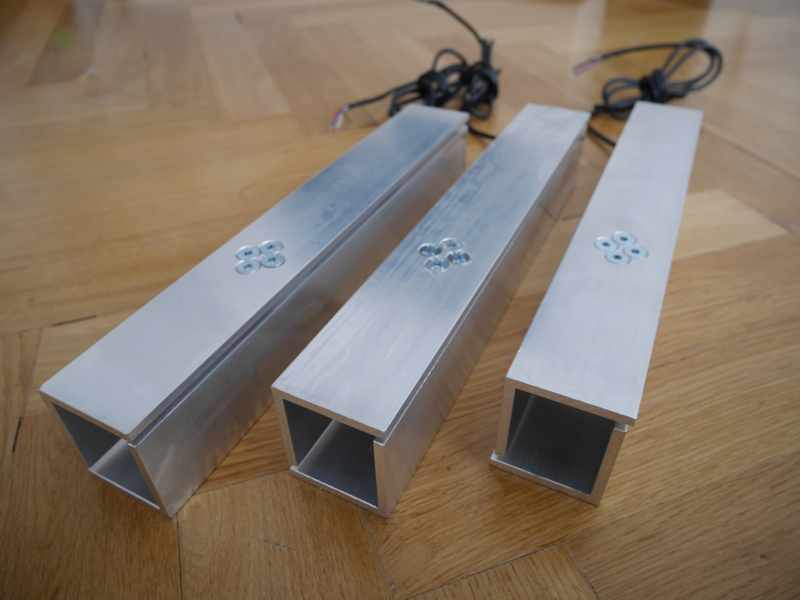 In addition some pictures from a working session with @peterthiemer 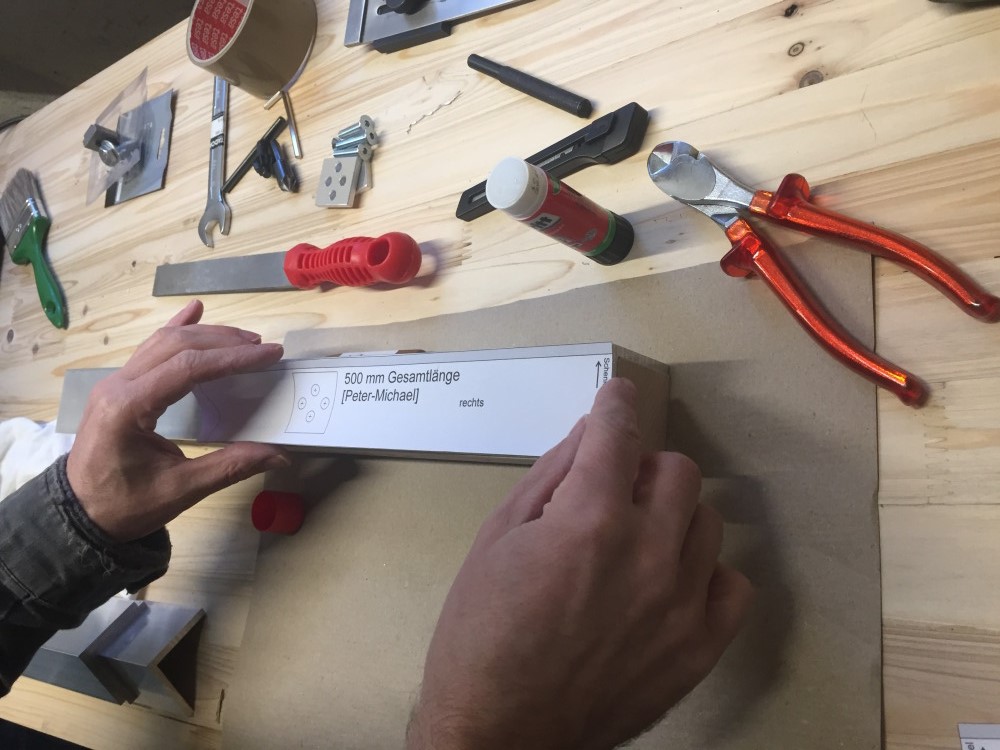 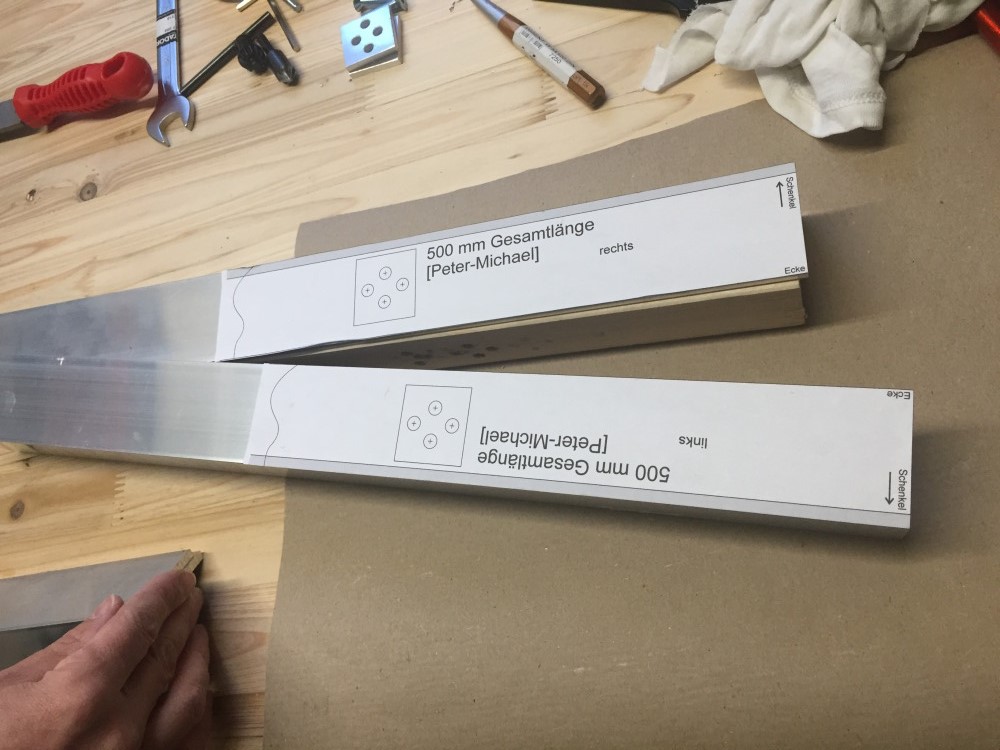 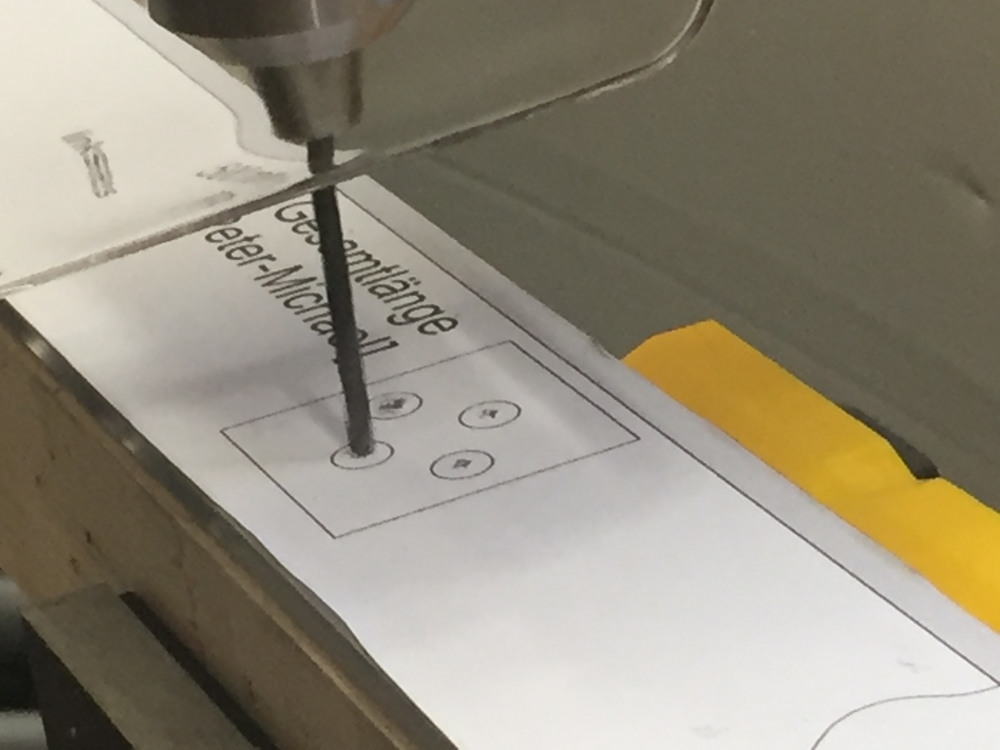 We used this (too) bad and cheap countersink, driving with 300 rpm max. Of cause the LiPo of the screwdriver was empty after a few holes. So I went to “Bauhaus” some days after and bought a better countersink, working up to 500 rpm and so in my drill press also! What a difference! 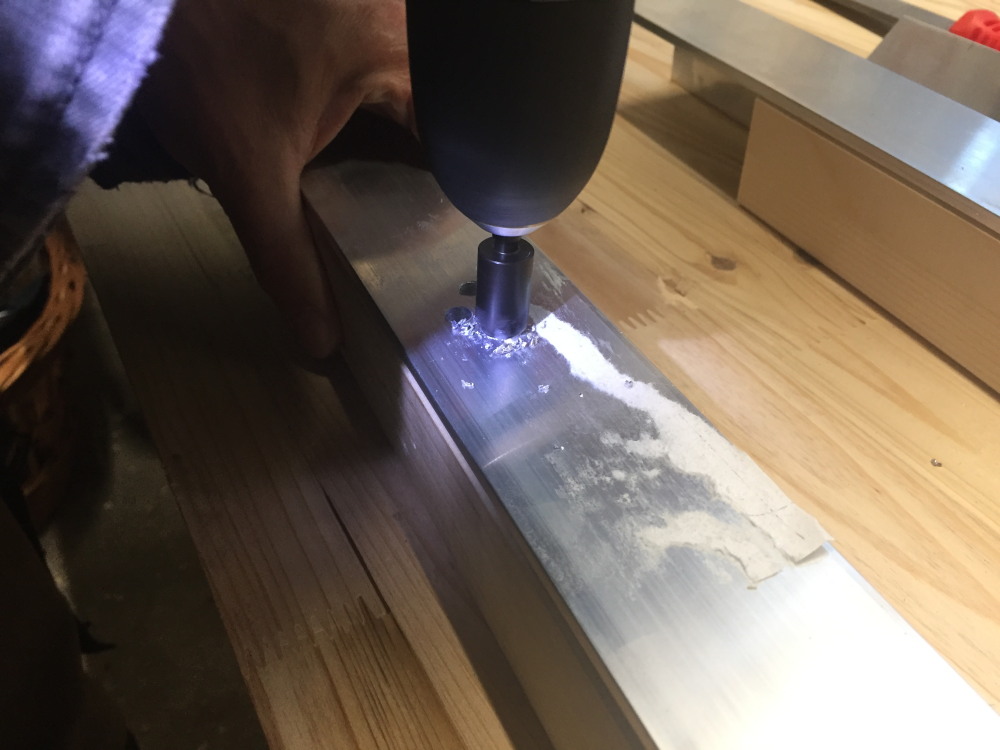 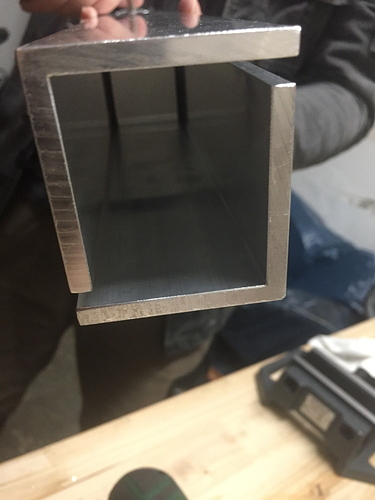 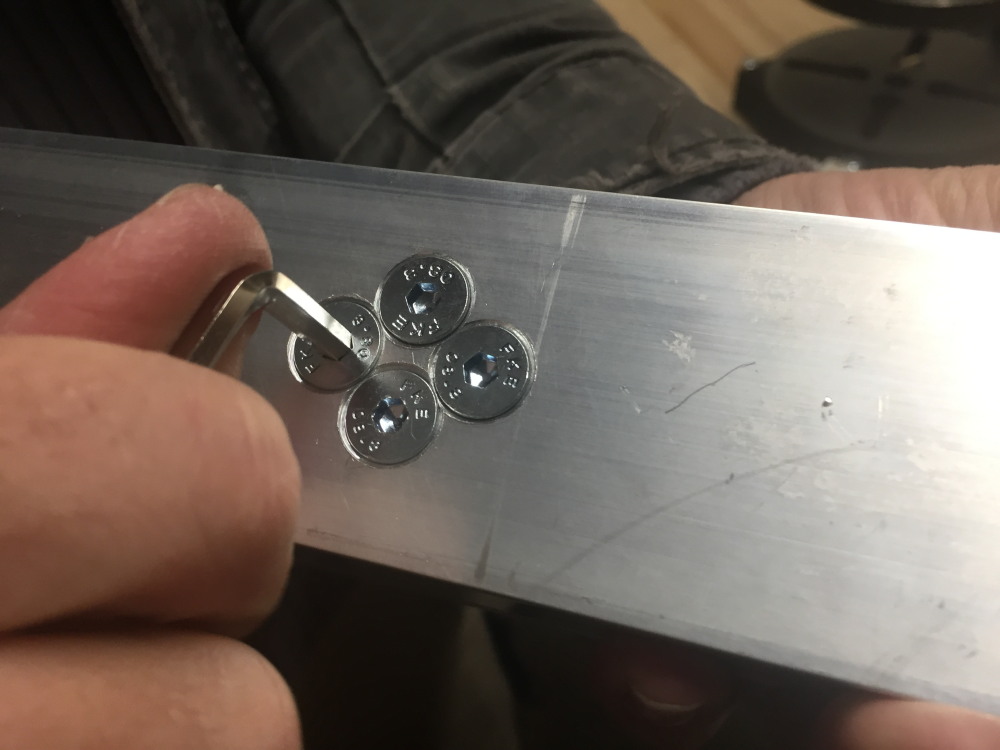 Thanks for the nice pictures. Exactly what i want to do ! But i have problems to find aluminium angle locally…
Did you test the readings on single side compared to total hive weight ?
What is the height of the opposite side compared to the scale height ? (higher, lower, same)

I ordered the last batch of the L-profiles from https://www.gemmel-metalle.de/ . Before I found the 50x50x5-profiles at some Bauhaus stores. Some other brands of DIY stores offer a cutting to length service also but I found not too much that sell alloy.

We finished @peterthiemer’s scale yesterday. We mounted the load cell on a film coated plywood for a stable setup. This plate is waterproof. The rough side down, so it can not slip on the base. It’s about 50 x 60 cm with 9 mm thickness, and so 10 cm wider than the hive. Peter want to use this additional 10 cm for the electronic box. 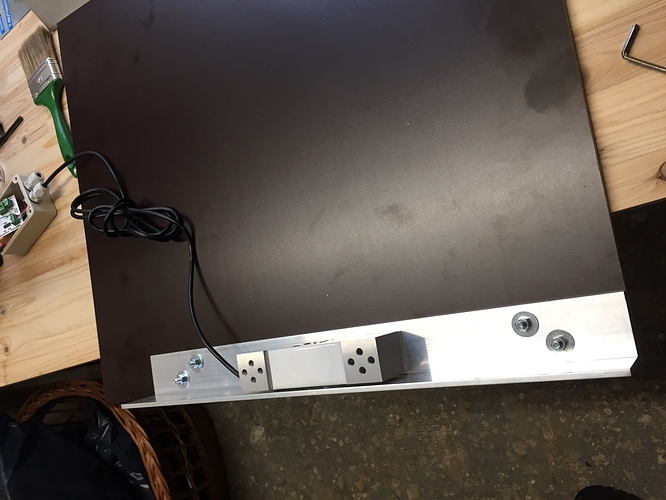 Mounting the scale bar fixed on the plate – this has to be done not necessarily but will lead to a more stable setup. So we drilled additional holes in the L-profile of the scale bar, used counter sunk screws and nuts on the other side. 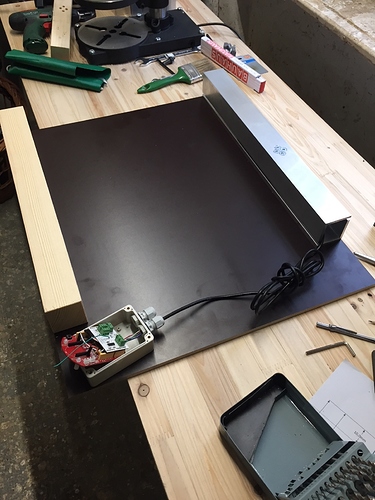 Peter has Dadant hives and decided to use a wooden bar in the front (hive’s entrance side) with the same hight as the Scale Bar. 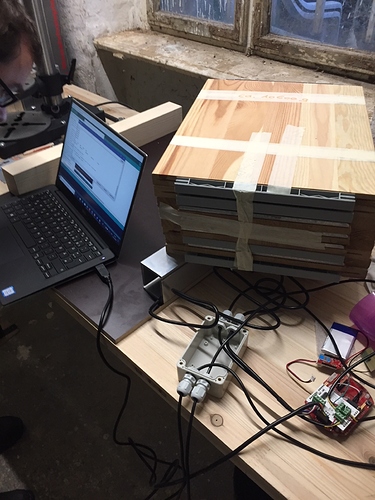 Adjusting the scale. For the single side weight approach you have tow opportunities: (1) You can measure the weight “as is”, so only one side of the hive and you have to double the number you get to have around the full weight. (2) The other option is to adjust the scale in a way that e.g. 10 “real” kg on the scale apperar as 20 kg on the weight plot. We did this and put 21200 g in while adjusting for a real stack of shelves with 10600 g. 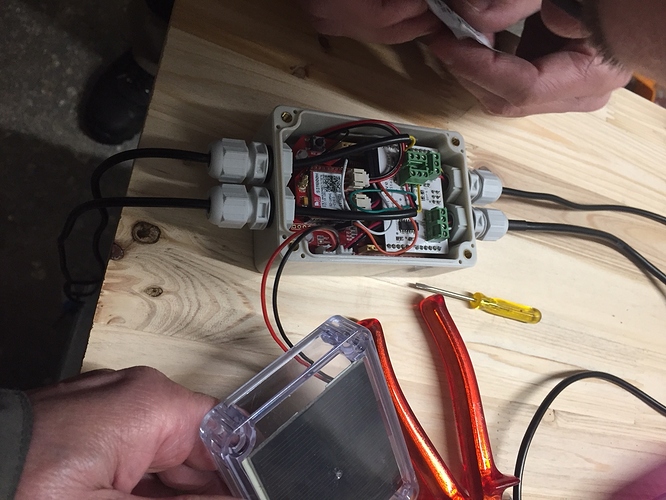 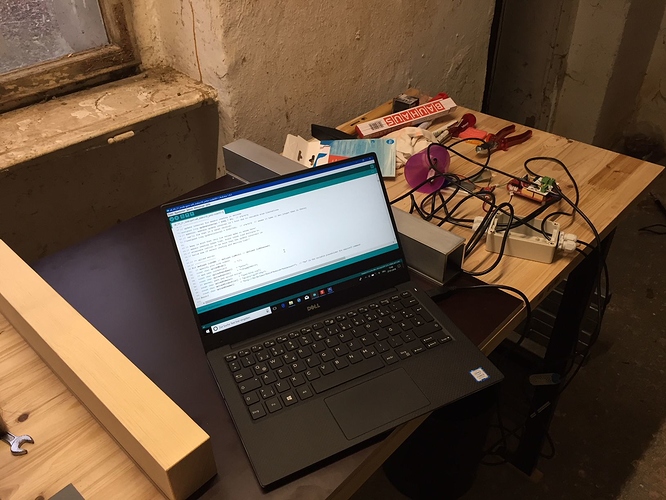 I’ve done the same kind of “Scale bar”. On one side there is the bar Scale and on the other side a piece of wood.
So I mesure an half beehive…

But I have a problem because when I use the scale in this position, the weight drift depending on temperature… many hundreds of grams…

It is not a problem due to the load cell because when I’m using the same scale with a weight perfectly centered, I don’t have the problem… (no drift)

FYI : I use a very performant load cell (HBM PW2C)

Are you facing the same issue ?

Hi,
I’ve ordered some aluminium profile to build a similar system, so i’m interested in your results and feedback.

Are the scale bar and wood piece assembled or are they both free ?

I’ve read some posts (on another forum) that with temperature changes, there is a mechanical deformation of the plate and that causes a horizontal stress on the scale. This stress produces a weight drift.

I can’t confirm this, but it makes sense. Leaving the scale bar free might help.

Thanks for your feedback.
Patrick.

Did you test the readings on single side compared to total hive weight ?

What is the height of the opposite side compared to the scale height ? (higher, lower, same)

Hi Patrick, yes I measured some hives e.g. in autumn (2017-09-30) on every side with an ordinary luggage scale. It was a 10 frame Zander hive with one box in nearly all cases. You see that the differences between front (entrance) and back is much more than left and right.

So one conclusion would be – depending on your hive system – to measure right or left instead of front or back. In case you measure on the front weight will be less than back and vice versa.

But it depends on your requriements. In case you are mainly interested in relations or stopping nectar flow a single side scale would be sufficient. Or you konw tendencies / method based bias you can estimate the “real” weight or correct the measured numbers.