This is a hive monitoring system based on the Adafruit HUZZAH, based on an ESP8266.

This ist the bread board view (without solar charger): 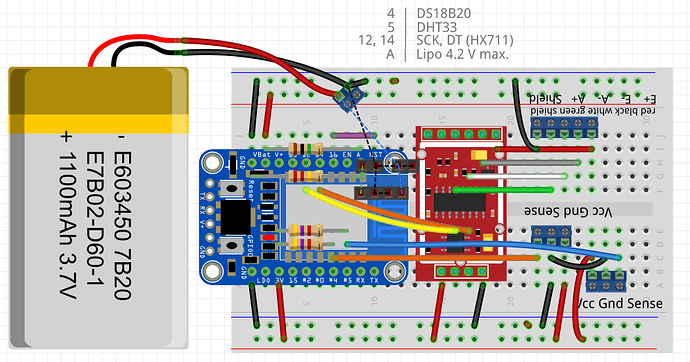 We have as parts: 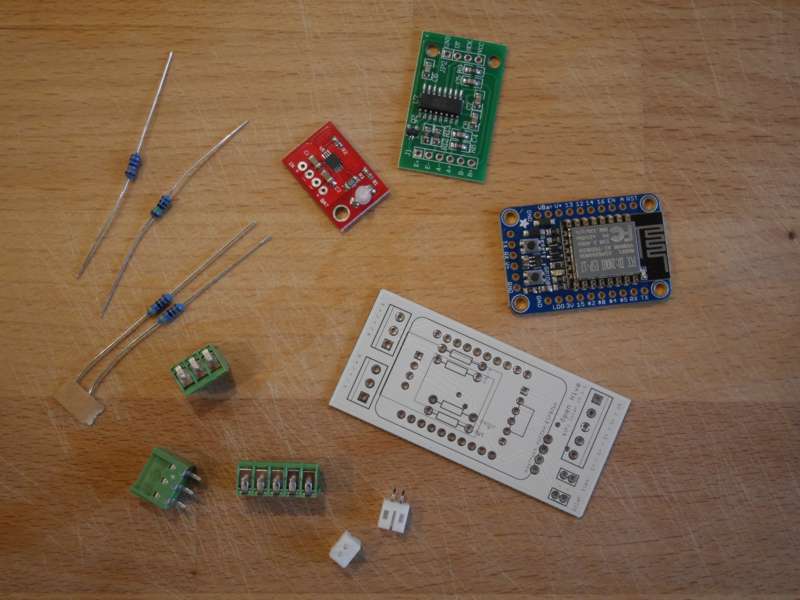 For assembling start with the PCB 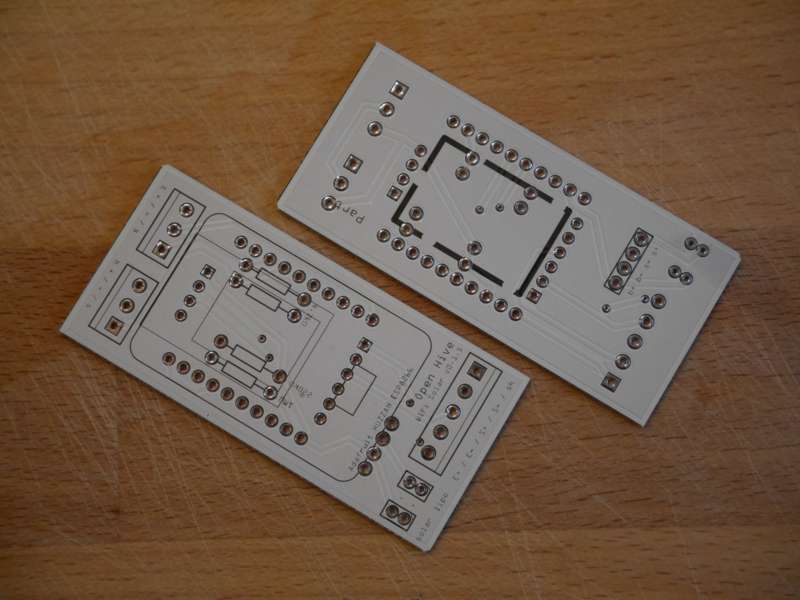 Solder the four resistors in place … 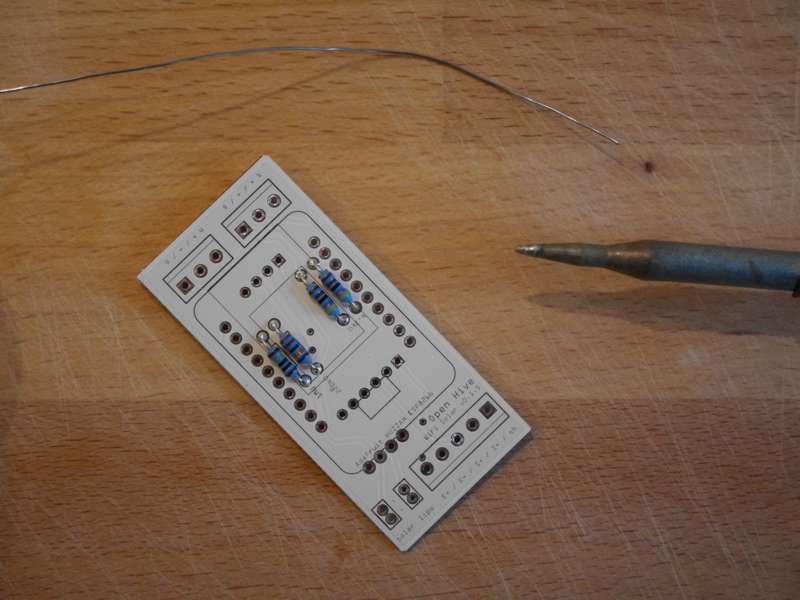 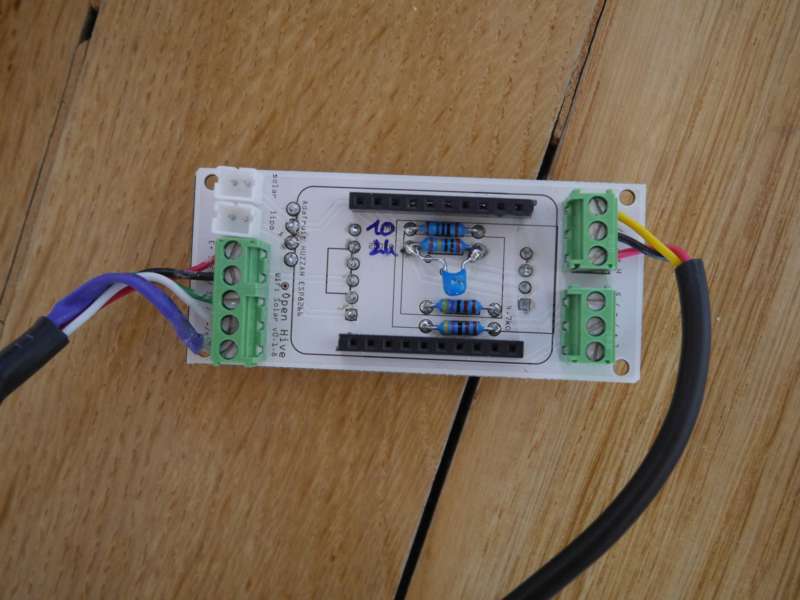 Add the pin header on the HX711 breakout and cut them (I do it normally before soldering it on the breakout) so that the board on the other side fits also. This is the length without cutting: 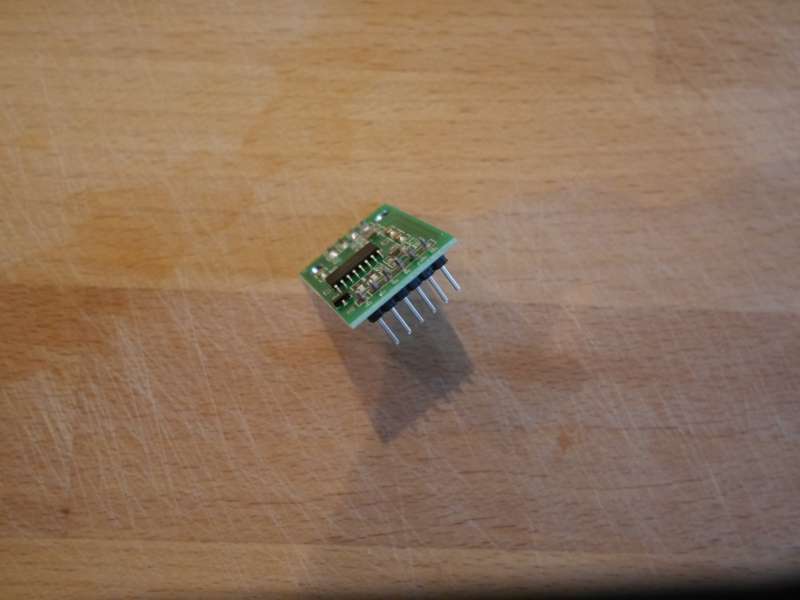 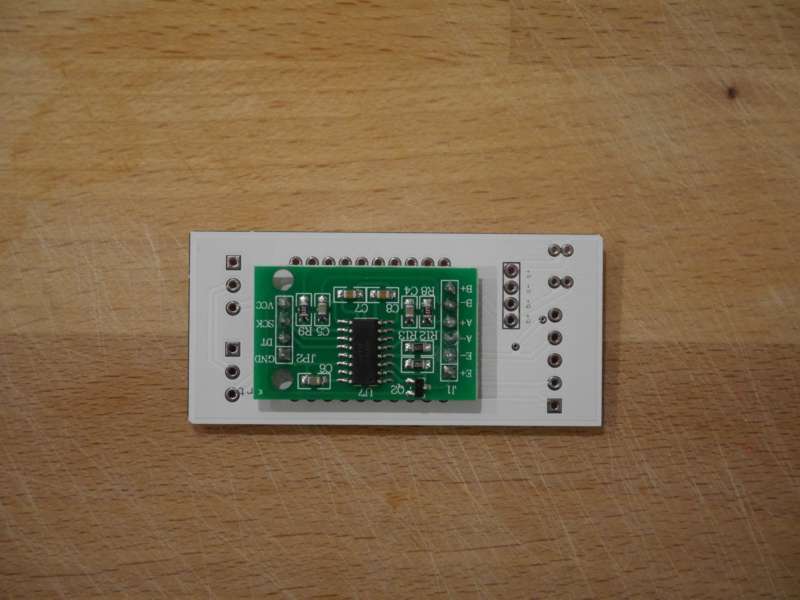 Double check the side! Otherwise you have to crash it. ;-) 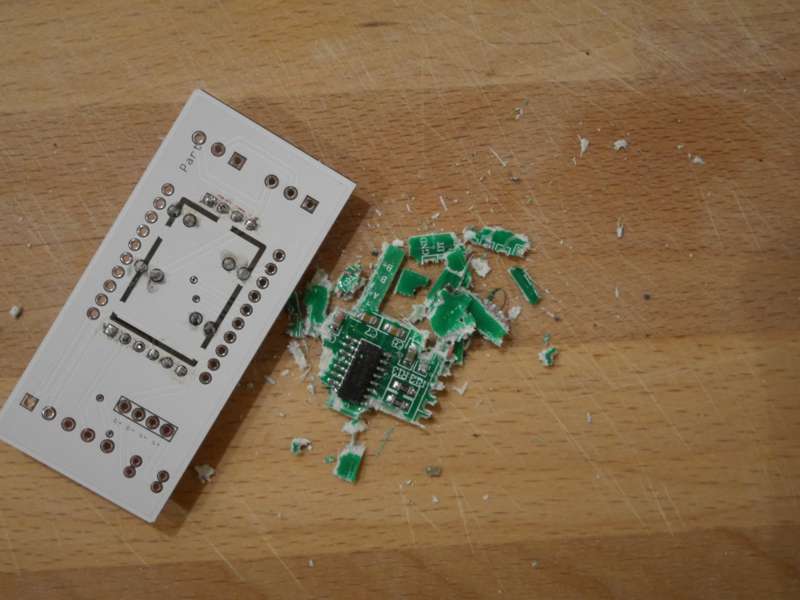 Now you could solder the header pins for the solar charging breakout. But solder only the pins, not the breakout itself! 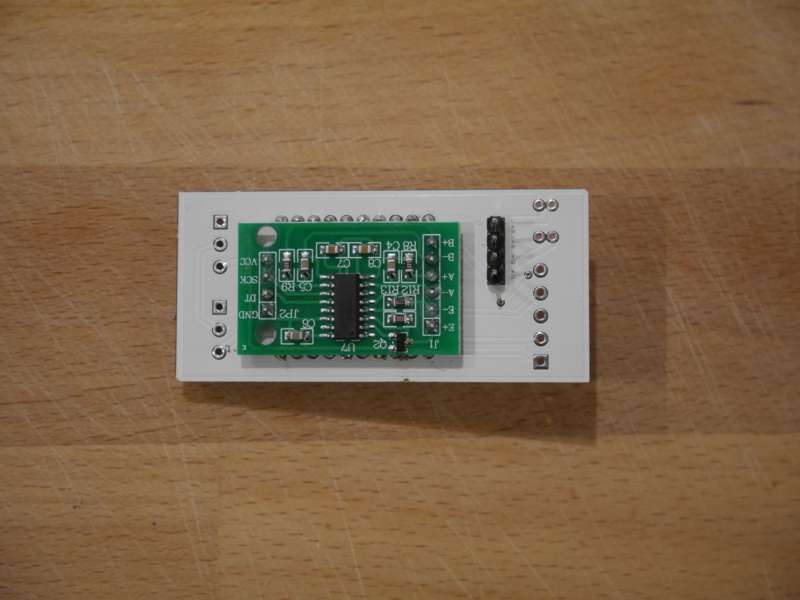 Solder the FTDI pins on the Huzzah. Do not forget this before mountig it on the PCB. After this step you can solder the Huzzah in place, be aware of the orientation! FTDI has to be on the load cell screw terminal side. 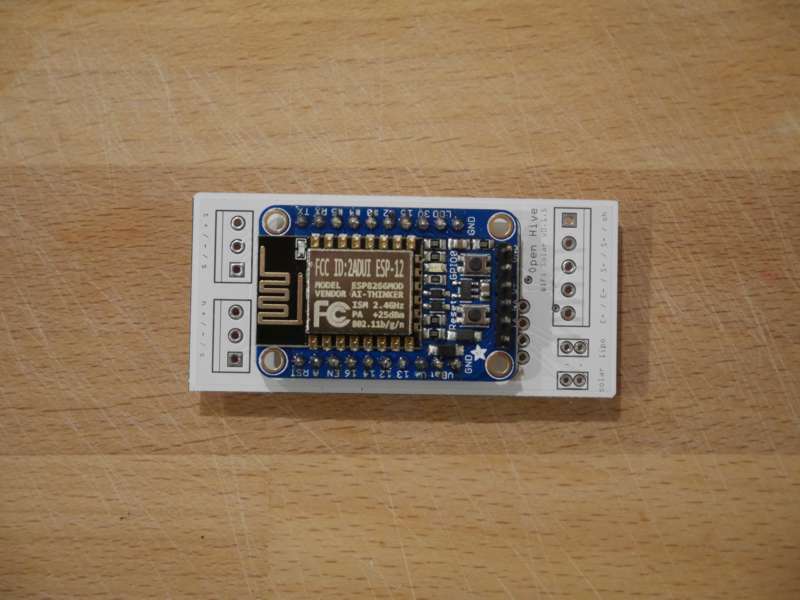 Now you can fix the JST for LiPo and solar first. Then you should solder the screw terminals. 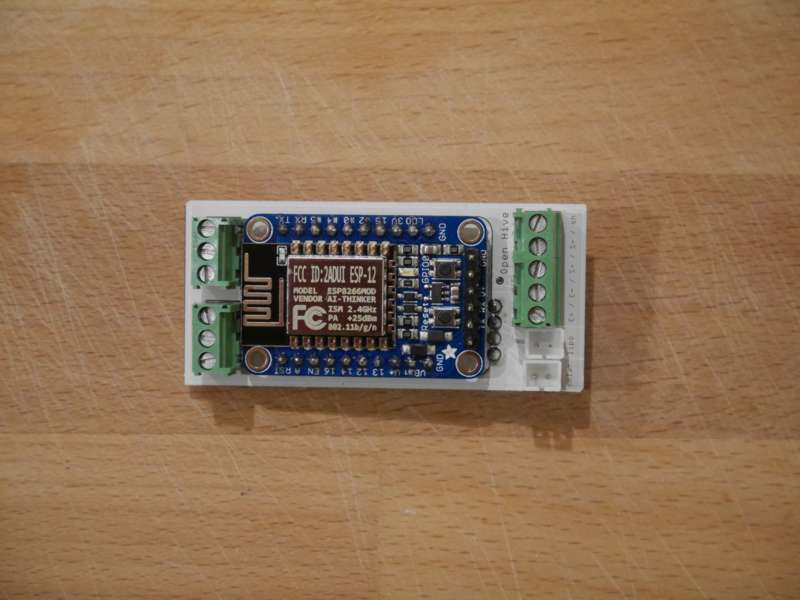 Finally put the charging breakout in place. It’s a good idea to de-solder the charge indicator LED. It’s useless burned power and we need no lightning in the bee hive. 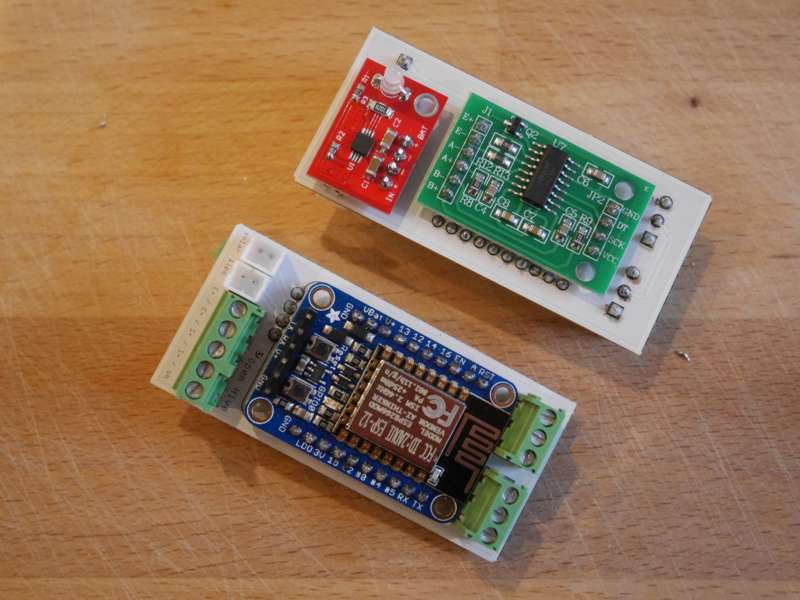 In the first version place was a bit tight so the sensor’s screw terminals are not aligned properly. But this is fixed in the current version. 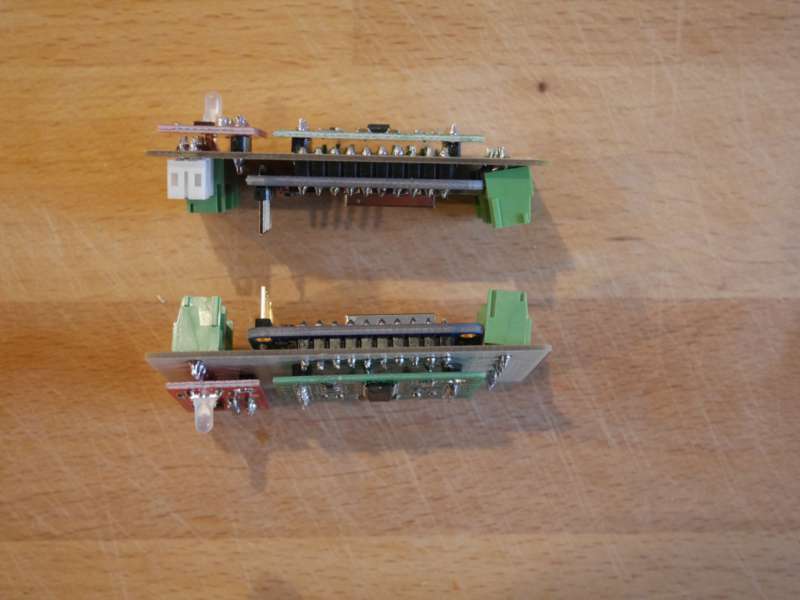 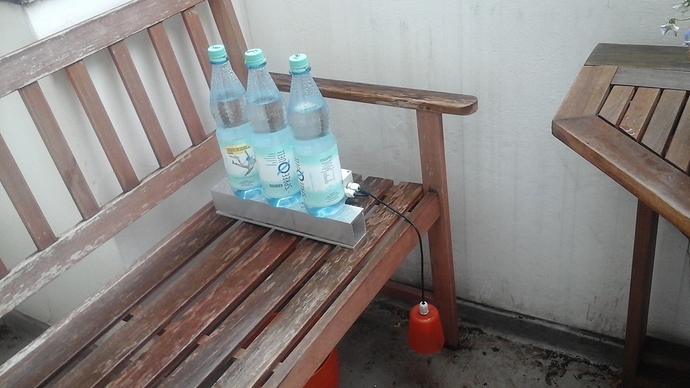 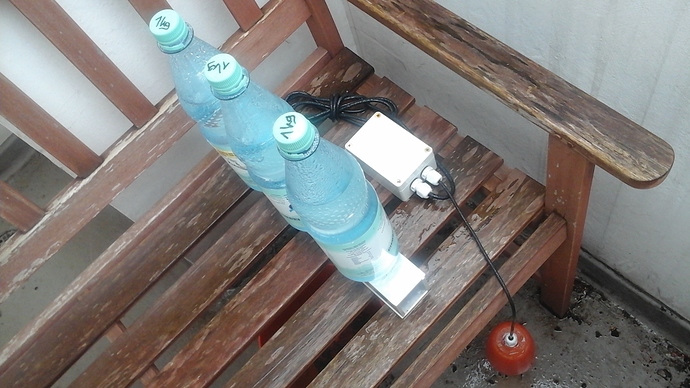 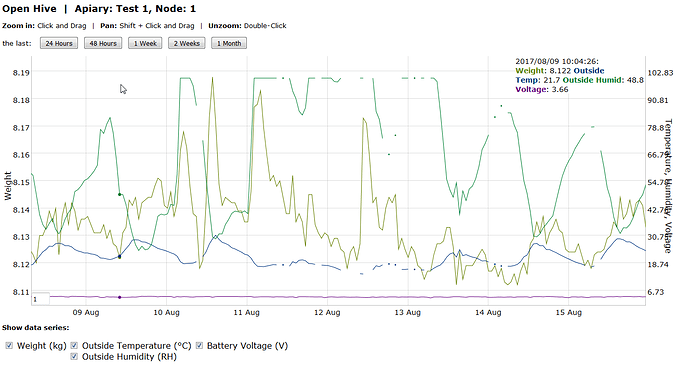 There is a nice overview from Andreas Spiess for the used CN3065 charging chip:

3 posts were split to a new topic: Rost, Verschleiß, Ersatz

Due to the electronic design of the Huzzah the red LED dimmed light in sleep mode. So I desoldered / destroyed the LED to save power on the boards.

Some people hesitate to cut traces or “destroy something”. As an alternative you can add an 10k pullup to GPIO0, see: Adafruit HUZZAH red led behavior under deep sleep - Everything ESP8266

More information in the Adafruit Forum:

Changed voltage divider for measuring battery power to 2 M / 10 M to save power. And added a 100 nF capacitor in parallel to the voltage divider’s 2 M resistor to smooth output.

And added a 100 nF capacitor in parallel to the voltage divider’s 2 M resistor to smooth output.

Didn’t get it where 2M and 10M are and hence this cap is, as I don’t know your V_batt, Your source appears to be a 1S LiPo, then you might have R1=2M and R2=10M, but however the cap must be wired this way: 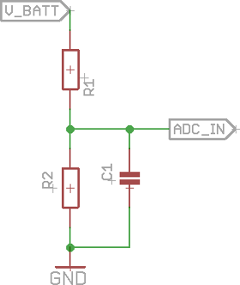 this can get a noisy measurement (0,33 µA ground current @4V), use good oversampling, averaging…

In the ESP datasheet they don’t state the input impedance of the ADC inputs: some people apply the input leakage (5nA) of an EPS’s GPIO pin also to the ADC in, others claim “in the range 1M”. This has implications on your divider as it might deliver too few current for the ADCin for even 10bit resolution and veeery slow sampling rate - it must be reviewed.

Time to have another GPIO pin controlling a BJT or FET to power a divider w/ more reasonable resistance values?! ;) Then you have the divider only powered when V_batt needs to be measured, and you can measure faster events in voltage changes (for power analysis of e.g. different “up” states).

Your source appears to be a 1S LiPo, then you might have R1=2M and R2=10M, but however the cap must be wired this way:

Yes, I have a 1S LiPo as source but tried a 4x 1,5 V AA battery pack with ~6 V also. And the position of the resistors and the cap in the same position as you mentioned, thanks! The resistor and cap values are the same as in the Seeeduino Stalker’s voltage divider.

Btw I measured – without anything sensors or the voltage divider – a current of 0.08 mA in sleep mode. It was slight lower (~0.07 mA) with the 10k pullup on GPIO0 to avoid the dimming LED: