Welcome to the “generic” firmware, a flexible software breadboard for sensor-, transceiver- and gateway-nodes. This is now based on the RadioHead and BERadio C++ libraries for radio transmission. For building it, we switched to the fine Arduino-Makefile.

The intention is to have a single firmware capable running on the sensor node, the protocol transceiver and the gateway side for making a multihop FSK scenario reality (RFM69 -> RFM95 -> MQTT).

A picture says a thousand words 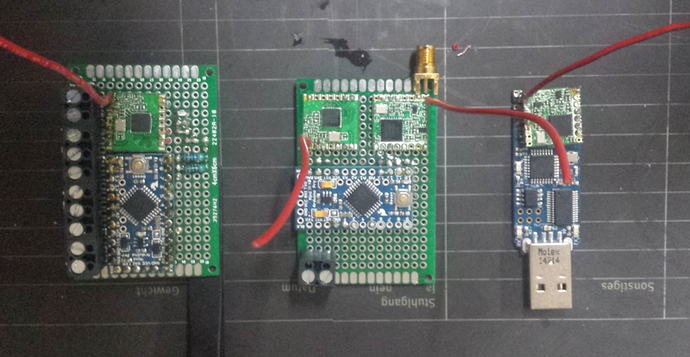 –Three-- nodes, each running the “generic” firmware in different roles: 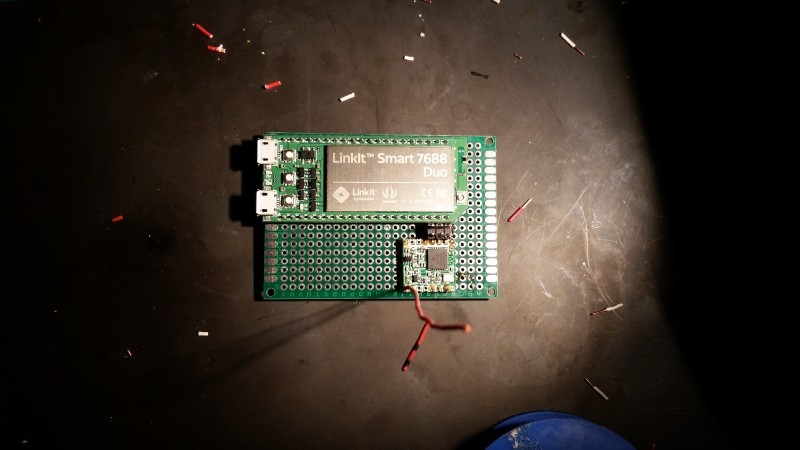 A new LoRa gateway is on board.