The Zerynth Virtual Machine (VM) is the core of Zerynth and is a multithreaded real-time OS that provides real hardware independence, allowing code reuse on a wide range of 32-bit microcontrollers. Zerynth VM brings Python to the embedded world with support for multi-thread and cross board compatibility. Zerynth VM supports Python high-level features like modules, classes, multithreading, callback, timers and exceptions. Use custom hardware-related features like interrupts, PWM and digital I/O.

Zerynth Virtual Machine (VM) is a multithreaded Real-Time OS that provides real hardware independence, allowing code reuse on a wide range of 32-bit microcontrollers, in just 60-80kB of Flash and 3-5kB of RAM.

The Zerynth Virtual Machine can run Python scripts that are board independent allowing a high reusability of code. Zerynth supports all the most used high-level features of Python like modules, classes, multithreading, callbacks, timers and exceptions, plus some hardware-related features like interrupts, PWM, digital I/O, etc.

The Zerynth VM is natively multithreaded and realtime. Indeed it is built on top of a RTOS (CHIBIOS or FreeRTOS), by wrapping its functionalities in a operative system abstraction layer (VOSAL). This means that the VM is agnostic of the underlying RTOS: porting activities are ongoing to have many VMs based on different RTOS. 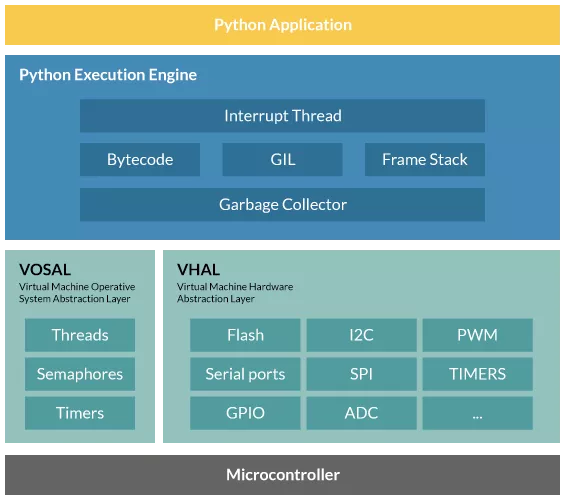 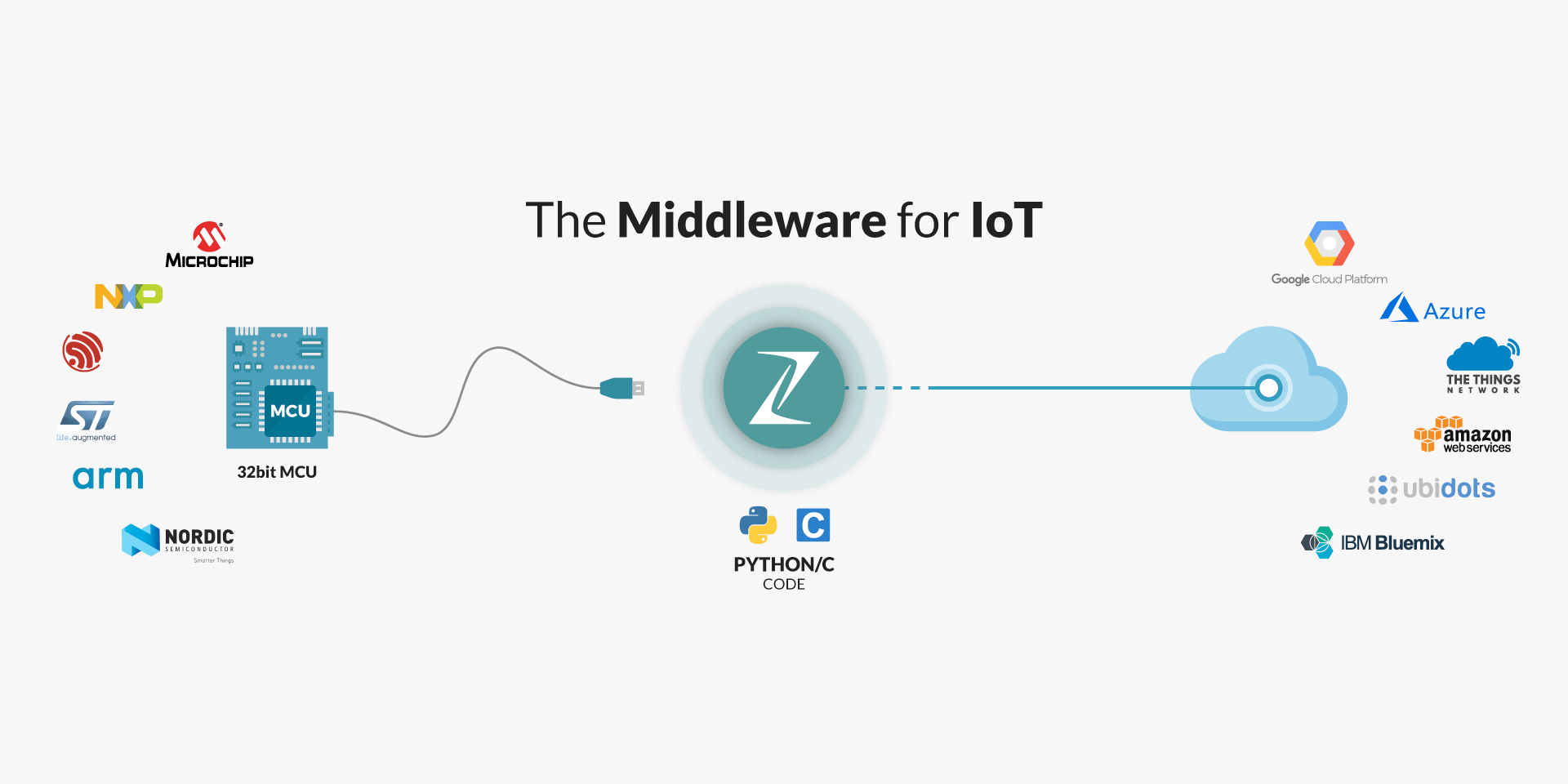 Zerynth - The Middleware for IoT using Python on Microcontrollers

Zerynth speeds up IoT development. With Zerynth you can program in Python or hybrid C/Python language the most popular 32-bit microcontrollers, and connect them to the top Cloud infrastructures. 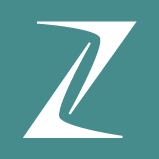 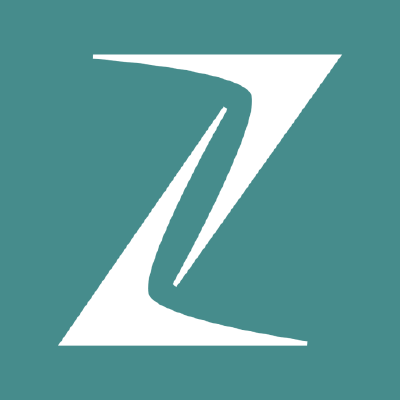 zerynth has 170 repositories available. Follow their code on GitHub.

Is it 100% Open Source?
At the moment yes. However, we are switching only the virtual machine to a closed source model. All the rest (IDE; Toolchain; Cloud Components; etc) will be kept opensource under MIT or Apache licenses. More info on the reasons of the switch here. 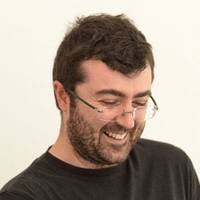 Where is the source code?

Hello everyone,  sorry for the delay. In order to guarantee a reliable, maintainable and scalable architecture of the Zerynth suite, the Zerynth Virtual Machine license will soon switch to a closed source policy with distribution of binaries...

Differences between Zerynth and MicroPython

Hello @Roberto, Interesting question. I think I already answered somewhere, but time has passed since and Zerynth grew quite a lot in the meantime.  I believe the main differences between MicroPython and Zerynth can be summed up like this: ...

By Allankliu from the Electronic Engineering World Forum.

Although this column is a micropython column, there are some things related to Embedded Python that are also prepared for inclusion in this column.

This article introduces Viper/Zerynth from Italy and the United States. The project was originally named VIPER: Viper Is Python Embedded in Realtime. Later, because the same product name was registered by another company, it was renamed to Zerynth. Personally feel that it is not as loud as it turned out. Originally an Italian company, Zerynth is based in Pisa and has a branch office in New York.

Zerynth is an easy-to-use, professional development kit designed for high-level design and cross-platform design of interactive products, art products, and Internet/networked devices. Zerynth is a development tool for interactive devices and applications based on ARM Cortex 32-bit microcontrollers, new sensors, actuators and expansion boards. Developers can take advantage of these development board hardware platforms for prototyping, productization with their scale effects and proven production lines, and rapid roll-to-market. At the same time, Zerynth helps designers to prototype prototyping software for rapid software through various programming examples and reference designs.

Zerynth uses open source design, and I have doubts about this. Later, I found that the Python code under the Zerynth Studio is kept, so it is really open source. In fact, after Zerynth was installed, there were more Python 3.4 and extension libraries in the PC, as well as the Zerynth IDE and background tools. These can all be found in the installation path, but developers need to carefully read the source code to understand the mystery.

Zerynth’s development goals are different from micropython. The former is aimed at makers, artists, and system designers, so it provides a relatively complete tool chain. Micropython is mainly for hardware Hacker and engineers. There are overlaps, but there are differences. Zerynth claims to let developers focus on the application itself without having to entangle the underlying development with no added value, such as I/O customization, device drivers, memory management and other details for the development board. Zerynth’s built-in RTOS (FreeRTOS/ChibiOS) support, if necessary, can make full use of the underlying resources.

Zerynth Studio is an IDE based on Python and node.js. It’s not entirely developed by Python QT/Tinker, it’s a WebKit wrapper. It covers all aspects of development, including source management (Git integration), serial terminals, compiled links, and many more. From a certain point of view, it is similar to the Arduino Processing IDE. 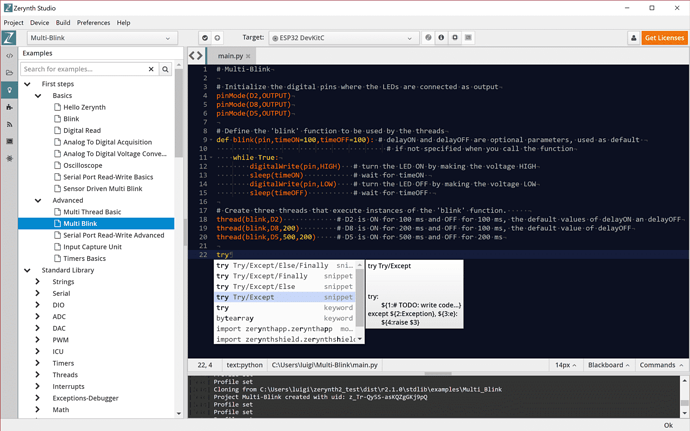 The hardware supported by Zerynth is mainly from STM/Atmel series, including STM32F401RE/STM32F103CB/SAM3X8E. Since Zerynth also has its own Cloud, APP. So the UDOO platform can support both Zerynth Python and the Zerynth Android APP.

The Zerynth VM is a Python implementation designed for embedded devices with valuable storage and computing resources. Zerynth is a subset of Python because some features are too wasteful for embedded programming.

Python 3.4 features not supported by Zerynth:

Dcexpert Posted on 2016-9-13 21:27
I tried it today and it didn’t work. Without the Nucleo-F401 board, you can download the virtualization firmware instead of F411, but the script can’t be downloaded…

Dcexpert Posted on 2016-9-13 21:27
I tried it today and it didn’t work. Without the Nucleo-F401 board, you can download the virtualization firmware instead of F411, but the script can’t be downloaded…

The F411 is not listed on the PCBA list that Zerynth officially supports, but you may try it out with 411/Qualiboard. What it supports is:

I will take some time to add some Zerynth tutorials every day. Zerynth’s developers are very professional and adapt quickly. But I also need to understand their business model in depth.

The Python manuscript has been delivered to the Electronics Industry Press. It took 11 months to complete, and the editor said that he still had to wait three months for the final publication. Among them, the embedded Linux virtual machine includes micropython, zerynth, and pymite over mbed as the key introduction. In addition to the MCU-level Python virtual machine, this chapter summarizes the available Python virtual machines for running environments on various types of embedded Linux. mainly includes:

Another application of Python focuses on server-side and data analysis. Because GIL and CPython are not running fast, I have evaluated pypy to run 8 times faster than CPython. Next, evaluate the use of the libuv asynchronous library in Python. It is said that the optimized speed and Golang are on an order of magnitude.

There are many topics to discuss.