Well, I initially though so, but had to learn that cleaning the soldering is important but the remaining effects arise from the temperature dependency of the scale itself. I just didn’t look closely enough at the beginning. Effects on the ADC are definitely worth looking at.

What was the remaining error (g/K) after cleaning everthing?

It depends also on the load cell and the need and amount of compensation is different for different load cells. so be sure to talk about the same load cell. But I think you are using a Bosche (H30 or H40?) load cell in the linked dash board also.

First of all, load cell should have temperature compensation built-in. This involves additional strain gauges built-in and are generaly more expensive. Ask your factory. Beware, Typical reseller will tell you whatever you want to hear. Next, there are difference between ready-made hx711 modules available on aliexpress, ebay etc. From my experience “red” modules are more temperature stable than “green”, unfortunately I didn’t have time to analyze the reason. I recommend to use your own ADC modules, for example based on ADS1231 should repeatable success be priority. For one-off project, however, red HX711 should be very good.

I have 2 identical scales, both have the green HX711 and Bosche H30A.
I read, that the green HX711 boards do not have a connection between E- and GND (i checked that, my boards didn’t), so i connected them. As read, the connection is also good for stability reasons. This was already done before i figured out the temperature behaviour.

Yesterday evening i cleaned the soldering and I removed all flux. This was not really an improvement. See :
https://thingspeak.com/apps/matlab_visualizations/277373

The other scale is way better. Here i have two temperature-sensors. One located in the box near the HX711 board, the other one is near the load cell. This configuration is working very good, more accuracy is not important for me. Unfortunately the temp-sensor failed during the night, so i don’t have temp measurements below 8°C, but the weight is very stable, seesecond link.
https://thingspeak.com/apps/matlab_visualizations/277374

Now i should swap the electronic board and the load cell, to see whether the HX711 or the load cell itself is not working proper.
I am sure BOSCHE load cells are well designed and they have temperature compensation on board, but maybe the one i got is faulty? (At least the price and the data spec. should ensure that)
Any other ideas?

Aren’t there any physical touch or cables which could affect load on the load cell ? Both have the same type of load ? If everything is absolutely same on both platforms then probably swapping electronics would hint more in most effective way.

The author made this visualization private.

Swapping the load cell is a good idea to go on in diagnostics. Double check your physical connections. What are you using screw terminals, soldering? also moving the cable (by wind), some beekepers have sheeps also ;-) or direct sun radiation can influence the reading massively!!

Ups, now the visualization is public. The scale is not loaded, so it should get 0 grams. (The load cell itself is loaded with the scale, but calibrated to 0 grams).

How should direct sun radiation influence the reading?

In case the load cell or the (analog) cable of the load cell is warmed up one-sided resistance will change unpredictable and lead to weird readings. I noticed this on a hive with sunlight in the afternoon only. Every day at around 16h increase the weight and decreased later.

Ups, now the visualization is public.

Ok, you have around 20 g on the “good” setup, what is quite good and the same as I observed on the workbench. The other scale has 600 g, hmm, that is too much I think also!

I will check the calibration on Sunday. The Calibration is done with - of course- zero weight on the scale (which is about 5kg on the cell) and with 20kg on the scale.

600g is way too much - there must be a faulty part - hopefully with your help i will find it :)

I have two more scales (also same configuration like the two mentioned scales above), but those are loaded with bee hives. So the temperature impact is not clearly visible - because i don’t know how the bees are flying etc. :) (ID: 551549 and 613169)

On Sunday i will dismount all scales and i will place them unloaded and save from wind/rain on the balcony. Lets see what happens with the other two.

In case the load cell or the (analog) cable of the load cell is warmed up one-sided resistance will change unpredictable and lead to weird readings. I noticed this on a hive with sunlight in the afternoon only. Every day at around 16h increase the weight and decreased later.

While writing I thought on this: Tagesschwankungen im August, biologisch oder Artefakte? but after looking at this still mysterious effect I think about a combined effect of 1/2 side weighting plus temperatur effects.

Btw. @zmaier feel free to send your data instead of thingspeak or in parallel to thingspeak also to the hiveeyes visualization tool based on Grafana Grafana I think it has a lot of mor options and possibilities to combine different data sources e.g. in one panel or add DWD weather data to your data.

@clemens : I am sending the data also to my influxdb server (Weight and temp is measured every 30s and i am sending the median value of these points every 10min). I am a beginner in grafana, so my dashboard is very simple. But of course i will check all of your visualizations and i am really looking forward to see your boards and your ideas :)

I don’t know how to share the dashboard without the need to login.

4 posts were split to a new topic: Scale tests in a climate chamber

Thanks, and sorry for my english :)

English or German, both is ok.

Feel free to switch as appropriate with respect to your current mindset. By switching between German and English, I’m doing the same actually ;].

Saying this, I’d like to emphasize that registered users will be able to use an integrated translation feature, which is currently using the translation API offered by Microsoft. While I’d really like to use DeepL by implementing the https://www.deepl.com/api.html here instead, there’s currently no respective integration for Discourse available yet.

registered users will be able to use an integrated translation feature, which is currently using the translation API offered by Microsoft.

…but don’t trust on that translation, it is more a source of fun as in “lost in translation” (and early automatic translators). It reveals that this thing fails on certain idioms and constructs longer than some simple words - even without these, it sometimes exchanges object and subject, which will lead to misunderstanding… ;)

Then we can see, which part is causing the drift. My guess will be the HX711, since the cell should have a temp. compensation on board.

What they call “temperature compensation” is a (at least fifth) sixth strain gauge (shown leftmost in image). By turning them 90° to the main strain gauges’ orientation and placing in a solid area, they “substract” a non-strain-introduced force: thermal expansion of the scale body matter. 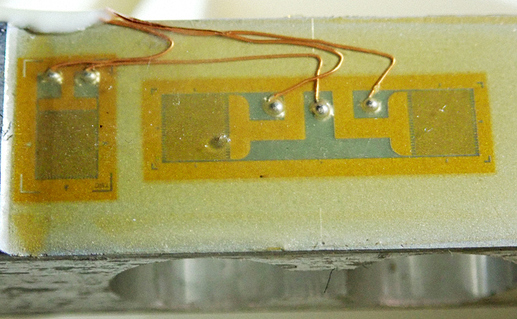 In the part shown of LAB-H-B datasheet, you see a compensated temperature range (-10…+40°C), and you see lots of different errors (most important here: the two lower ones: “temp effect on…”).

So, temperature compensated strain-gauge-based weight cells with at least IP65 are a must when operating them outdors all year long, beyond any indoor some-minutes-on, tara-when-needed use case. But you still will observe temperature effects on gain and offset, but now you know their max. span. 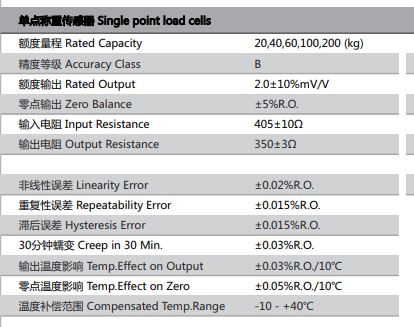 (some error calculation and statistics on this cell here (for idealized 4 cells, but formula adapts; depending on use case, you might want to neglect error terms like hysteresis)

As every ADC, the HX711 has initial gain error and offset error as well as temperature effects on gain and offset (and they drift in time). But all this isn’t half as worse as the in-the-maker-scene widely underestimated effects of so called “parasitic thermocouples” when dealing with strain gauges. With your DIY climate chamber, you will get closer to that thermoelectric Seebeck effect, which rules here on many places as long as the signal is in the analog domain.

This gets even worse when considering self-heating effects of the strain gauge… but: next thread or FAQ entry ;)

More on these things to come, as we admins are about to prepare a FAQ on these complex things… aren’t we? ;)