PJON® (Padded Jittering Operative Network) is an Arduino compatible, multi-master, multi-media network protocol. It proposes a new Open Standard, it is designed as a framework and implements a totally software-defined network protocol stack that can be easily cross-compiled on many MCUs and architectures like ATtiny, ATmega, SAMD, ESP8266, ESP32, STM32, Teensy, Raspberry Pi, Linux, Windows x86, Apple and Android.

PJON is used in thousands of devices and its community has spread worldwide because of the following 6 key factors: 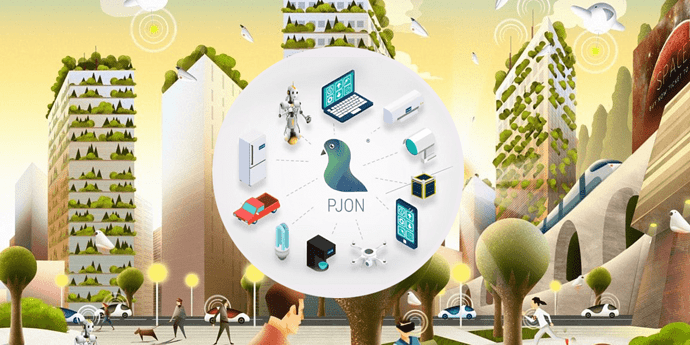 With PJON you build networks of devices for free with no need of a cloud service or a centralised platform you don’t fully control. - gioblu/PJON