Roc: A new network transport for PulseAudio and ALSA

Roc – Real-time streaming over the network

Looks like Mikhail Baranov (https://www.tarabah.me/) and Victor Gaydov are building something reasonable here. Thanks and cheers!

Working on a new network transport for PulseAudio and ALSA

Intro Last few years I was working on Roc, an open-source toolkit for real-time media streaming over the network. Due to lack of free time, we postponed release several times, but now it’s almost ready. This article is, inter alia, some kind of a...


via: Show HN: Working on a new network transport for PulseAudio and ALSA | Hacker News

Roc is a toolkit for real-time media streaming over the network.

Basically, Roc is a network transport, highly specialized for the real-time streaming use case. The user writes the stream to the one end and reads it from another end, and Roc deals with all the complexity of the task of delivering data in time and with no loss. Encoding, decoding, adjusting rates, restoring losses – all these are performed transparently under the hood.

The project is conceived as a swiss army knife for real-time streaming. It is designed to support a variety of network protocols, encodings, FEC schemes, and related features. The user can build custom configurations dedicated for specific use cases and choose an appropriate compromise between the quality, robustness, bandwidth, and compatibility issues.

Note that the project is still at an early stage of development, and the list of the supported features is not very long. But there’s more to come, of course. Contributions are also welcome!

I’m working on Roc, a toolkit for real-time streaming over the network. Among other things, it provides command-line tools and PulseAudio modules that can be used for home audio. It can be used with PA, with bare ALSA, and with the macOS CoreAudio.

The main difference from other transports, including PulseAudio TCP and RTP streaming, is the better quality of service when the latency is low (100 to 300 ms) and the network in unreliable (Wi-Fi). The post explains why and provides some comparison, usage instructions, and future plans.

There is still a long way to go, and now we’re looking for people thoughts and feedback. Do you find the project useful? How would you use it? What features would you like to see?

– A brief summary. I'm working on Roc, a toolkit for real-time streaming over the... | Hacker News

Roc implements FECFRAME, which provides forward error correction codes (FEC) like Reed–Solomon and Low-density parity-check to applications in public and private IP networks in order to protect arbitrary packet flows over unreliable transports against packet loss and is primarily intended for realtime- or streaming-media.

Does that sound cool already? Roc did not stop at implementing the FEC Framework conceived by OpenFEC and turtles all the way down to RFC 3550, RFC 3551, RFC 6363, RFC 6865, RFC 6816 to provide forward error correction schemes as transports to the Real-time Transport Protocol (RTP) – it also closes the gap to PulseAudio and ALSA already. 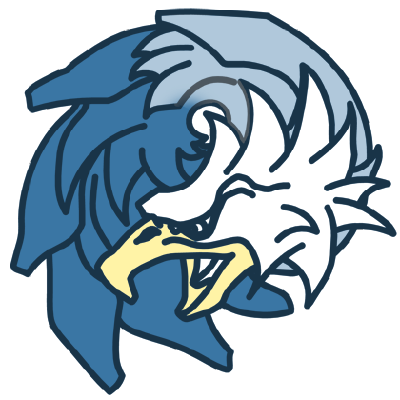 Real-time streaming over the network. Contribute to roc-project/roc development by creating an account on GitHub.

The Roc toolkit consists of:

The new transport seems to be based on Application-Level Forward Erasure Correction codes (AL-FEC, also called UL-FEC, for Upper-Layers FEC).

The following information is from the OpenFEC project, which obviously is aiming towards applying reasonable things from the Error correction code - Wikipedia domain to improve media transport over flaky networks. Besides researching it, they are trying to get their codes, associated protocols and applications standardized to enable interoperability.

The main activity of this WG related to research, standardization and reference implementations seems to have happened between 2000 and 2013.

The idea, in one line, is to add redundancy in order to be able to recover from erasures. Because of their position in the communication stack, these codes are implemented as software codecs, and they find many applications in robust transmission and distributed storage systems.

AL-FEC (A.K.A. UL-FEC) codes are critical to many applications. Their goal is to recover from symbol erasures (rather than errors): a symbol either arrives without any error or is altogether lost. This is why we say they work on a symbol erasure channel. Depending on the target use-case, a symbol can either be:

The coding principles remain the same, even if codes are not used exactly in the same way.

Being implemented in higher layers (compared to physical layer codes), they benefit from many simplifications:

The people from OpenFEC are actively participating to IETF standardization activities for the codes as well as the associated protocols and applications.

Currently, there are two tracks where the efforts of this WG have been folded into:

¹ This is a major asset since it warrants a high level of maturity to some code specifications, it enables interoperable implementations, and it specifies all the details for their use in actual use-cases (currently with both file distribution and real-time streaming applications).

The main activity of this WG related to research, standardization and reference implementations seems to have happened between 2000 and 2013.

The people from OpenFEC are actively participating to IETF standardization activities for the codes as well as the associated protocols and applications.

Currently, there are two tracks where the efforts of this WG have been folded into:

When coming back and relating this to the maturing Roc implementation, we find the following status what Roc currently is implementing.

Here is the full list of the network protocols implemented by Roc:

Some of us might remember error correcting codes from university, some others might actually be using them directly but many of us are mostly unaware about their implementations and what they provide to the robustness of our collective digital infrastructure all over the place.

While it is common practice to run machines on ECC memory - Wikipedia already ¹, we are happy to see how error correcting codes are being applied to improve the robustness of media transports over unreliable networks.

¹ You might also enjoy Re: Memory errors / ECC memory vs. cosmic rays which is somehow related and funny to read.

for PulseAudio and ALSA

…but let’s see how that project is going on!

Victor Gaydov published a well-written article about his research into PulseAudio the other day which gives a good introduction to many details around it.

It has been written while PulseAudio 11.x was a thing. As we are having PulseAudio 12.x now, hopefully not many things have changed completely.

PulseAudio under the hood

Version 0.1.2 of Roc was just released a few hours ago, enjoy the Changelog — Roc 0.1.2 documentation.