Can anybody sell me a solution for 3.3V powered strain gauge measurement with LoRa over 868MHz?

@Thias has shown a prototype based on the Adafruit Feather M0 LoRa on the MakerFaire in Berlin 2018, I think he has used the 868 MHz version of the RRM95 module. So it seems to fit your requirements.

May I ask you to tell us a bit more about your needs? Would it be possible to have some parts you can order and we can support you by building it together? Are you looking for the electronical part only do you have a scale base already like a H-type scale frame (steel) or in an other fabrication style H-type scale frame (aluminium, XYZ spaceframe) or this with plywood Open Hive Scale Frame, Film Coated Plywood ?

Many thanks for your reply. I am also using Adafruit Feather LoRa M0 (RFM95). I am using HX711 to measure from the strain gauges (120 Ohm) in a half bridge configuration with 2 units of 120 Ohm resistors +/-0,01% to complete the bridge. The systems runs at 3.3V and I am getting the energy with this solar harvester: https://www.tindie.com/products/MarcAurele/bq25570-energy-harvester/?pt=ac_prod_search
with 2 units of 35 Fards capacitor. I only need one measurement per day and don´t want to replace batteries, so I prefer it. Here youy have my schematic: https://drive.google.com/file/d/1QzP5sZUnjeny9-TXhk_SRmyNOvxl8uE-/view?usp=sharing

I have some issues:

Do you have these things solved in the prototype you mention?

Here is how to do that: 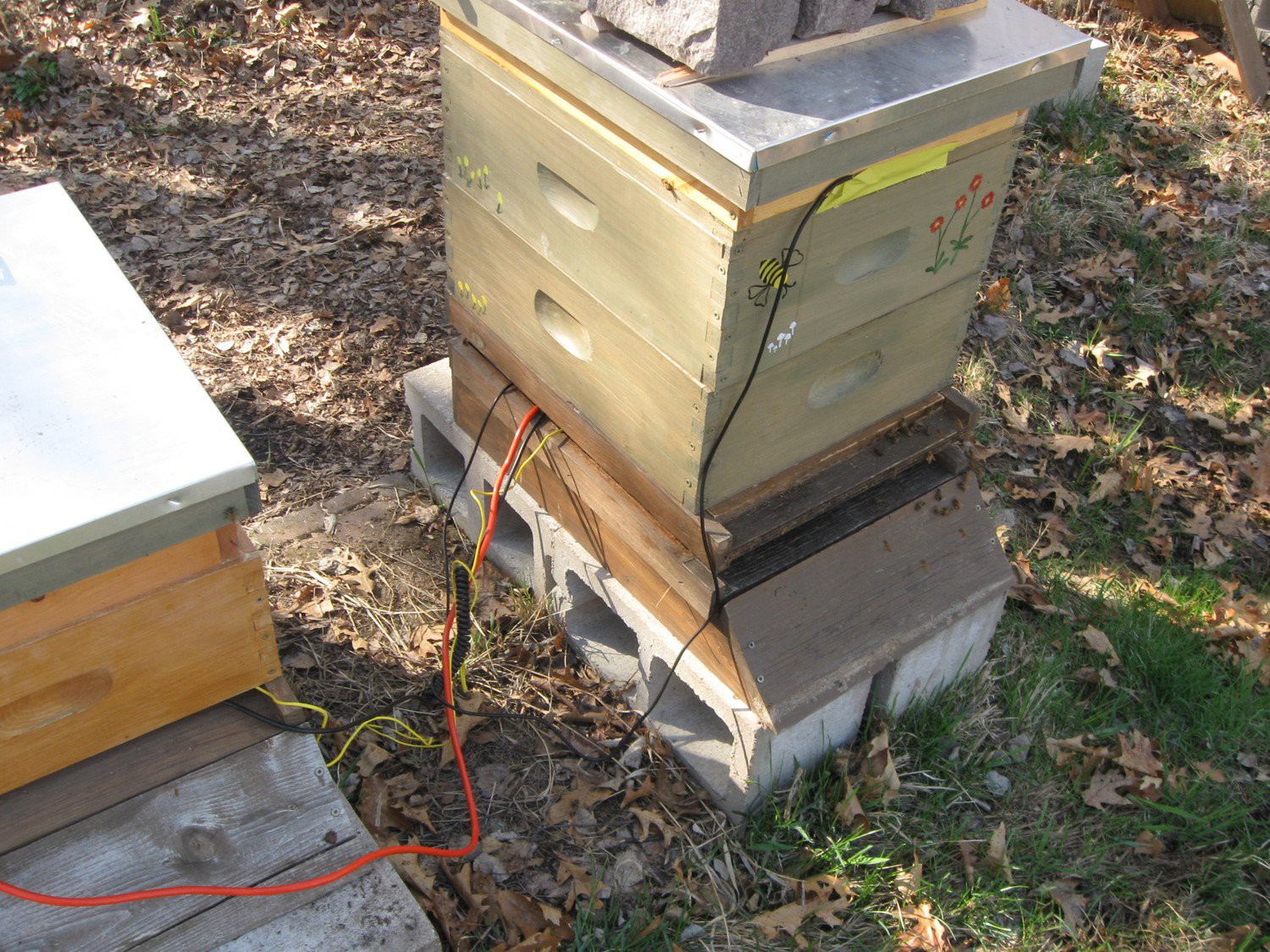 Modifying the HX711 Breakout Board for 3.3V operation | Details | Hackaday.io

I had a great project update ready this weekend, but when I stopped working on it for a while to attend to real life, my computer decided to reboot (even though I have it set to manual update only!). I suppose that's the price for using an alpha...

We have some HX711 with 3.3 V running without bigger issues. I fear the problems come from the load cells. I have not seen any reliable working system with a half bridge configuration for bee scales that have cover different temperature ranges and a continouse load without unloading in between.

But there are different HX711 modules out so perhaps you have luck with this modification. But I fear it is not the problem.

Thanks for your reply! I have 2 questions.

As far as I have learned, HX711 has a 40mV input signal span. My problem is that with my half bridge configuration, the signal I get is barely 1 or 2mV and that small signal might create problems with noise. Didn’t you need to amplify bridge signal to interface HX711?

Second question. I think I will be able to unload at certain times. But, do you think that a full bridge configuration would be more reliable?

I have used the Bosche H30A with 2.0 mV/V. So do you have 1 or 2 mV in total oar also 2 mV/V input? The HX711 has a build in amplifier. So I would say it depends on your input signal if you need additional amplification.

I think @iconize experiments with half bridge sensors also but I think the mechanical side of this sensor is not made for continuous load. So the problem may be the strain gauge.

In one of our scales, we used 4 half Wheatstone bridges with 2 HX711’s, which do still work (under continuous load). The half Wheatstone bridge cells can be perfectly used with the HX711. You have to set the calibration factor pretty high (about scale.set_scale(1600); ). It indeed has a lot of noise, but this is in the range of 5% of the signal (if you use it over the full scale of 0-50kg).

Actually, I think that the steel house of the half Wheatstone bridges can be perfectly put under constant pressure. The only problem with a half Wheatstone bridge, is that the temperature dependency does not cancel itself out if you only have one. If you have two and put them in a differential amp (like the HX711), the temperature effect is cancelled out (depending on the distance of the two sensors (the closer the better). In the Whole Wheatstone bridge sensors, the advantage is that the resistors are very close to one another, and are on the same (temperature dependent) piece of aluminium. This creates a more reliable measurement.