Recent reports of local extinctions of arthropod species, and of massive declines in arthropod biomass, point to land-use intensification as a major driver of decreasing biodiversity. However, to our knowledge, there are no multisite time series of arthropod occurrences across gradients of land-use intensity with which to confirm causal relationships. Moreover, it remains unclear which land-use types and arthropod groups are affected, and whether the observed declines in biomass and diversity are linked to one another.

Here we analyse data from more than 1 million individual arthropods (about 2,700 species), from standardized inventories taken between 2008 and 2017 at 150 grassland and 140 forest sites in 3 regions of Germany. Overall gamma diversity in grasslands and forests decreased over time, indicating loss of species across sites and regions. In annually sampled grasslands, biomass, abundance and number of species declined by 67%, 78% and 34%, respectively. The decline was consistent across trophic levels and mainly affected rare species; its magnitude was independent of local land-use intensity.

However, sites embedded in landscapes with a higher cover of agricultural land showed a stronger temporal decline. In 30 forest sites with annual inventories, biomass and species number—but not abundance—decreased by 41% and 36%, respectively. This was supported by analyses of all forest sites sampled in three-year intervals. The decline affected rare and abundant species, and trends differed across trophic levels.

Our results show that there are widespread declines in arthropod biomass, abundance and the number of species across trophic levels. Arthropod declines in forests demonstrate that loss is not restricted to open habitats. Our results suggest that major drivers of arthropod decline act at larger spatial scales, and are (at least for grasslands) associated with agriculture at the landscape level. This implies that policies need to address the landscape scale to mitigate the negative effects of land-use practices. 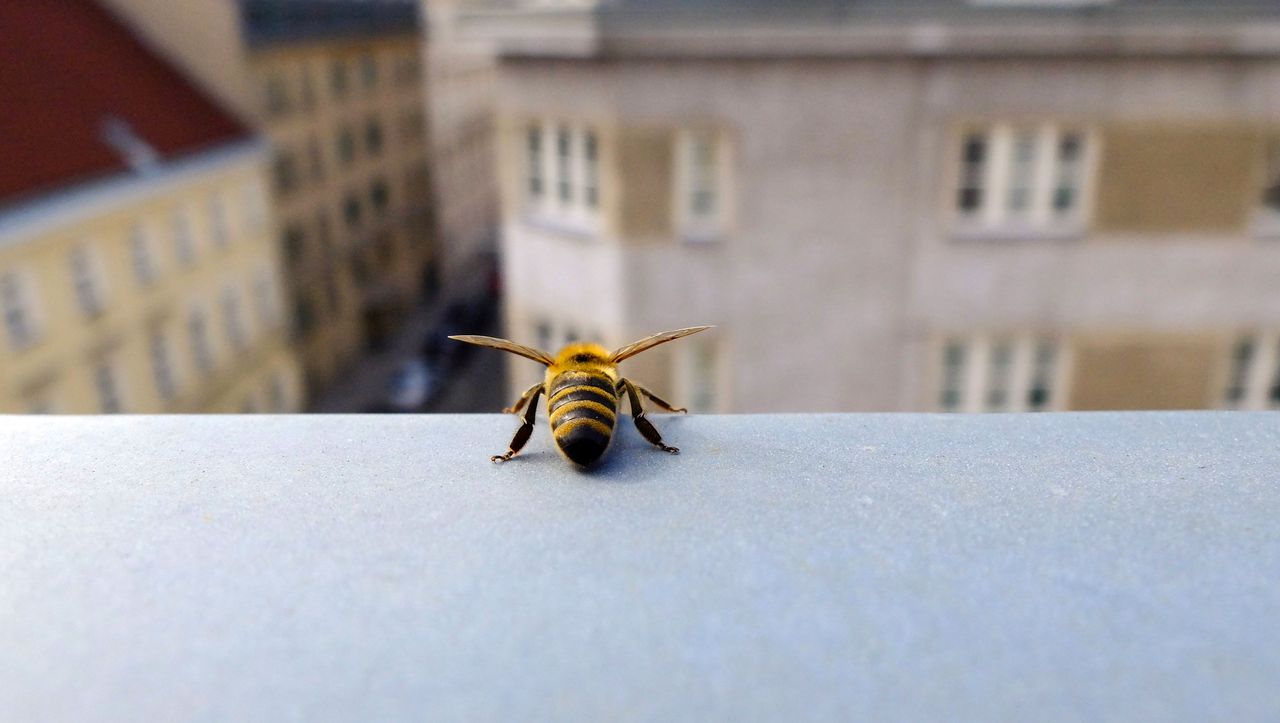 More than 75 percent decline over 27 years in total flying insect biomass in...

Global declines in insects have sparked wide interest among scientists, politicians, and the general public. Loss of insect diversity and abundance is expected to provoke cascading effects on food webs and to jeopardize ecosystem services. Our...

Global declines in insects have sparked wide interest among scientists, politicians, and the general public. Loss of insect diversity and abundance is expected to provoke cascading effects on food webs and to jeopardize ecosystem services. Our understanding of the extent and underlying causes of this decline is based on the abundance of single species or taxonomic groups only, rather than changes in insect biomass which is more relevant for ecological functioning.

Here, we used a standardized protocol to measure total insect biomass using Malaise traps, deployed over 27 years in 63 nature protection areas in Germany (96 unique location-year combinations) to infer on the status and trend of local entomofauna. Our analysis estimates a seasonal decline of 76%, and mid-summer decline of 82% in flying insect biomass over the 27 years of study.

We show that this decline is apparent regardless of habitat type, while changes in weather, land use, and habitat characteristics cannot explain this overall decline. This yet unrecognized loss of insect biomass must be taken into account in evaluating declines in abundance of species depending on insects as a food source, and ecosystem functioning in the European landscape.

Major declines in insect biomass and diversity, reviewed here, have become obvious and well documented since the end of World War II. Here, we conclude that the spread and intensification of agriculture during the past half century is directly...

Major declines in insect biomass and diversity, reviewed here, have become obvious and well documented since the end of World War II. Here, we conclude that the spread and intensification of agriculture during the past half century is directly related to these losses. In addition, many areas, including tropical mountains, are suffering serious losses because of climate change as well. Crops currently occupy about 11% of the world’s land surface, with active grazing taking place over an additional 30%.

The industrialization of agriculture during the second half of the 20th century involved farming on greatly expanded scales, monoculturing, the application of increasing amounts of pesticides and fertilizers, and the elimination of interspersed hedgerows and other wildlife habitat fragments, all practices that are destructive to insect and other biodiversity in and near the fields. Some of the insects that we are destroying, including pollinators and predators of crop pests, are directly beneficial to the crops.

In the tropics generally, natural vegetation is being destroyed rapidly and often replaced with export crops such as oil palm and soybeans. To mitigate the effects of the Sixth Mass Extinction event that we have caused and are experiencing now, the following will be necessary: a stable (and almost certainly lower) human population, sustainable levels of consumption, and social justice that empowers the less wealthy people and nations of the world, where the vast majority of us live, will be necessary.

Considering the recent history of human beings and their impact on terrestrial ecosystems, it is difficult to understand why anyone would ever have doubted that the number of insects (and indeed most other terrestrial, freshwater, and marine organisms) has diminished at an accelerating rate over the past half century.

That is of course different from having actual measurements of the numbers involved, but it would be miraculous in the face of our exploding numbers and increasing levels of consumption if insects were as abundant as they were a century ago, when the global human population was less than a quarter of its present level. To imagine that an extra 6 billion people could find places to live and feed themselves without causing decreases in biodiversity defies reason and is a relationship that we shall discuss below.

PNAS Special Issue: Insect decline in the Anthropocene: Death by a thousand cuts

Insect decline in the Anthropocene: Death by a thousand cuts

Nature is under siege. In the last 10,000 y the human population has grown from 1 million to 7.8 billion. Much of Earth’s arable lands are already in agriculture (1), millions of acres of tropical forest are cleared each year (2, 3), atmospheric CO2...

Nature is under siege. In the last 10,000 y the human population has grown from 1 million to 7.8 billion. Much of Earth’s arable lands are already in agriculture (1), millions of acres of tropical forest are cleared each year (2, 3), atmospheric CO2 levels are at their highest concentrations in more than 3 million y (4), and climates are erratically and steadily changing from pole to pole, triggering unprecedented droughts, fires, and floods across continents. Indeed, most biologists agree that the world has entered its sixth mass extinction event, the first since the end of the Cretaceous Period 66 million y ago, when more than 80% of all species, including the nonavian dinosaurs, perished.

What’s in This Special Issue?

The 11 papers in this collection examine insect decline from geographic, ecological, sociological, and taxonomic perspectives; evaluate principal threats; delve into how the general public perceives news of insect declines; and offer opinions on actions that can be taken to protect insects. Insect declines have been the focus of a range of popular media, with widely varying levels of accuracy.

Consequently, a core intention of this special issue is to provide a scientifically grounded assessment of insect population trends; contributors were urged to provide critical evaluations of raw data, published studies, and reviews, given that a few of the more highly publicized reports of insect decline suffered from unjustified assumptions, analytic issues, or overextrapolation.

The goal of the symposium was to assemble world experts on insect biodiversity and conservation and ask them to report on the state of knowledge of insect population trends. Speakers were asked to identify major data gaps, call attention to limitations of existing data, and evaluate principal stressors underlying declines, with one goal being to catalyze activities aimed at mitigating well-substantiated declines.

All 11 talks were recorded and are available on the Entomological Society of America’s website, Program Symposium: Insect Decline in the Anthropocene | Entomological Society of America. Although this special PNAS volume is anchored to the St. Louis presentations, that effort is extended here to include new data, ideas, expanded literature reviews, and many additional coauthors.